THE TRADING NETWORK OF THE ARMENIANS OF NEW JULFA

Of all the trading networks in the early modern period, the Armenian network was in many ways the most successful. The Armenians probably were the only group of traders who, in an age of great landed empires like Persia and Russia and seafaring powers like Venice and the European East India Companies, could simultaneously do business with all the important trading hubs on the Eurasian land mass. All the major European trading ports had their own Armenian community, from Livorno in the Mediterranean as far up north as London and Amsterdam. They traded in Astrakhan, Russia, where they got special rights from the local government, they kept alive a large community in Madras, India, and when they traded in the Levant they could often easily pass for Ottoman subjects.

Next to this the Armenians are of interest to historians because of the large trail of evidence they left of their commercial activities. Their rules of conducting business made them keep track of all the transactions they made in their active life as a merchant. When a historian studying the Armenian merchant activities finds such a business ledger, the amount of useful information he can find in it is enormous. The historian can, in this way, reconstruct an Armenian trading network.

A NETWORK WITH A CENTER

Fig. 1: The region of Armenia and the surrounding political entities, particularly Safavid Persia and the Ottoman Empire, in the early seventeenth century. As is visible, Armenia was not an independent state of its own.
The network of the Armenian merchants was a peculiar one. In contrast to the better known Jewish Sephardic network, which relied on a multitude of fairly equally important nodes, the Armenian network was not multi-central. Though centers like Amsterdam and Madras were some sort of regional centers for the merchants conducting business in that area, the undisputable center of the network was New Julfa, a suburb of the Persian capital of Isfahan.

There they enjoyed a much privileged position as ‘court merchants’ for the Persian Shah, monopolizing the silk trade based in Persia. Shah Abbas I (1587-1627) populated the suburb of New Julfa with Armenians he forcefully deported from towns in their home-country Armenia, such as Julfa, of whom the most important part of the Armenian network consisted. In their town of New Julfa, where they could relatively autonomously maintain their own way of life, the Julfans had their own language, calendar and church, distinct from the regular Armenian culture. The Julfan Armenians were an elite within the network, and only Julfans could take part in the business activities. 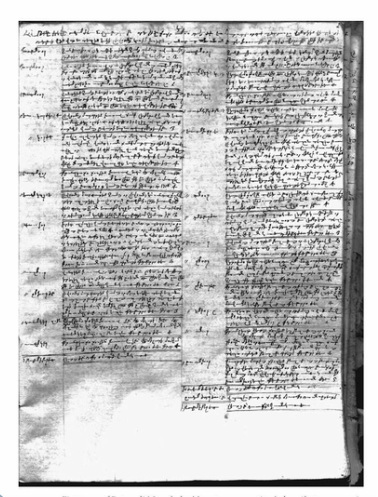 Fig. 2: An example of a Julfan merchant's merchant's ledger.
Having ancestral ties to New Julfa, or even to towns in the traditional Armenian home country Armenia was one of the conditions for an Armenian of being able to take part in the Armenian trading network. The other was for the merchant to be trustworthy. Trust was the most important commodity the merchant, or the commenda-agent, a junior commercial partner, usually from the same family as the senior merchant, could own. His and his family’s wellbeing depended on it. When other merchants in the Julfan network, or ‘coalition’, took notice of a merchant or agent behaving dishonest or dishonorably, they would make sure all their contacts would hear about it. The merchant’s reputation would be destroyed, and no future transactions would be made with the merchant, thus ending his career.

‘Trust’ was not a natural phenomenon in the life of an Armenian merchant. Even family members were not trustworthy without question. Trust was maintained by a couple of measures. I already briefly named one of them, the ancestral ties to New Julfa. The consequence of this familiarity among Julfans was that merchants had, via their ties to New Julfa, access to the family of any to-be-untrustworthy business partner. There were, secondly, certain ‘rules’ of conducting business. The obligation for a merchant or commenda-agent to maintain a business ledger of all his transactions, so his master could read of his activities in detail when his junior business partner returned to him, is an example. Another example is the procedure for a merchant to start his own, independent trading ventures. He would have to hand to his master a ‘letter of quittance’, or 'ghatiyalagir', otherwise he could not recruit his own agents.

These and other rules, though they were not written down (except at the Armenian community of Astrakhan), were safeguarded and maintained by a special council, centered in New Julfa. This council consisted of 'rich men' ('khodja'), in other words: merchants, and had a 'kalantar' or 'civil governor' at its head. In name of the Shah, he was responsible for the administration and taxation of the Armenian suburb of the Persian capital. This council of merchants was thus at the same time the juridical and administrative heart of the Julfan network.

This sense of community, also bolstered by the influence of the Armenian Church, and mono-centeredness also made the trading network vulnerable. When Nadir Shah (1737-1747) forced the Julfans to pay exorbitant taxes and let his soldiers plunder the suburb after they proved unable to do that, the center of the network could not hold. After that, the rest of the network collapsed with it. Nevertheless, the Julfan network, based on strong ties, had proved to be the most successful of its time.

Sebouh David Aslanian, From the Indian Ocean to the Mediterranean: the Global Trade Networks of Armenian Merchants from New Julfa (Berkeley 2011)

Ina Baghdiantz McCabe, The Shah’s Silk for Europe’s Silver: the Eurasian Trade of the Julfa Armenians in Safavid Iran and India, 1530-1750 (Atlanta 1999)

Francesca Trivellato, “Sephardic Merchants in the Early Modern Atlantic and Beyond: Toward a Comparative Historical Approach to Business Cooperation.” In Richard L. Kagan en Philip D. Morgan, eds., Atlantic diasporas: Jews, Conversos, and Crypto-Jews in the age of mercantilism, 1500–1800 (Baltimore 2009)

SOURCES OF THE IMAGES

Fig. 2: Sebouh David Aslanian, From the Indian Ocean to the Mediterranean: the Global Trade Networks of Armenian Merchants from New Julfa (Berkeley 2011) 126